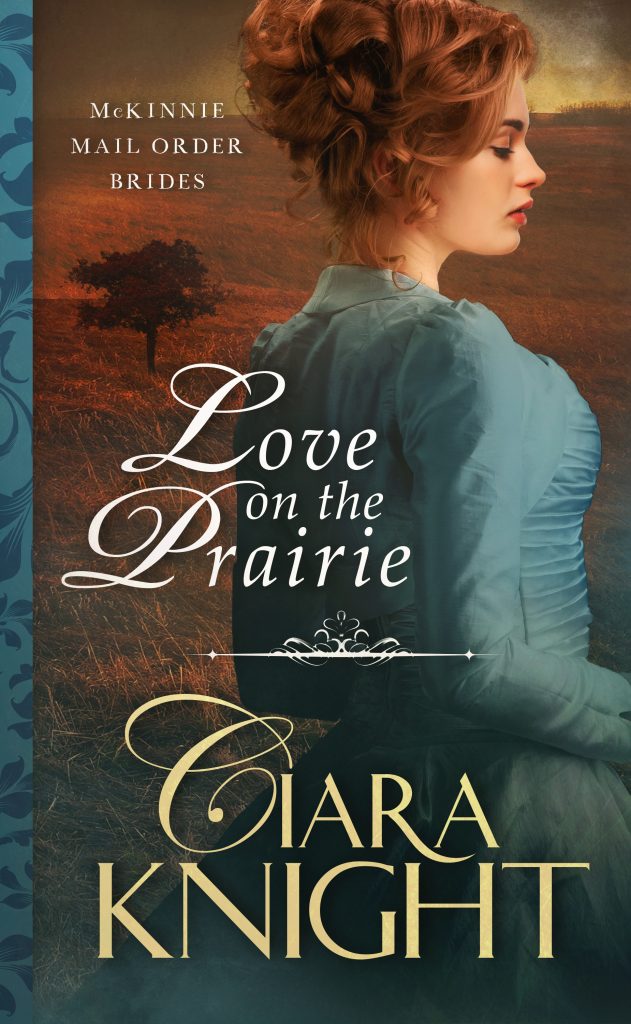 Owen Baker vows to never have a woman in his life again after the death of so many in his life, but when Abigail McKinnie struts onto his land claiming ownership on behalf of her dead cousin, he’s dumbfounded by her drive and beauty. Despite her abilities and their attraction, he vows to throw her over his horse to deliver her to the first train home the minute she recuperates from her trip

I first thought this was going to be a “Western”. Boy was I wrong. Yes the story takes place on the prairie, but it is not your typical western. Ciara has a way of bringing her stories come to life. What I love about Ciara’s writing is that there is always a little intrigue, even in her romance novels. Love on the Prairie does not disappoint. In this story she shares the horrors of war, and the redemption love can bring. Another beautiful story…
~5 Stars SeveAtlanta

Ciara Knight brings the ravages of war and life in the west to life in this book. These sisters have lost everything but each other. You are carried along on this tale of loss, disaster, friendship and love. This action packed story will keep you breathless.
5 Stars Bobby Brown

Ciara is at again! She’s got another strong woman conquering what comes her way!

Abigail Mckinnie is a survivor of Civil War march through Atlanta. She has lost loved ones, seen her sister attacked, and her post-traumatic stress is difficult to manage. But she is a survivor and she is in charge of her sisters’ survival. She will not be broken. So, she agrees to become a mail-order bride for her cousin and travels west to marry him. She plans on sending for her sisters as soon as possible. Only, her future changes on her way out west.

Owen Baker had a wife, albeit briefly, and lost her. Like most women, she wasn’t strong enough to survive in the west. He vows not to marry again but to survive on his own. He has a partner and friend and that’s all he needs. Until fate delivers a different blow. A woman arrives on the prairie looking for his newly deceased friend. A stubborn, beautiful, frustrating, hard-headed, attractive female. He does all he can to run her off – but she’s not budging.

This is a wonderful story of how Owen and Abigail and how they overcome the challenges that life has placed before them. Sometimes the heart wants what the heart wants and love trumps all.
5 Stars C. Patterson