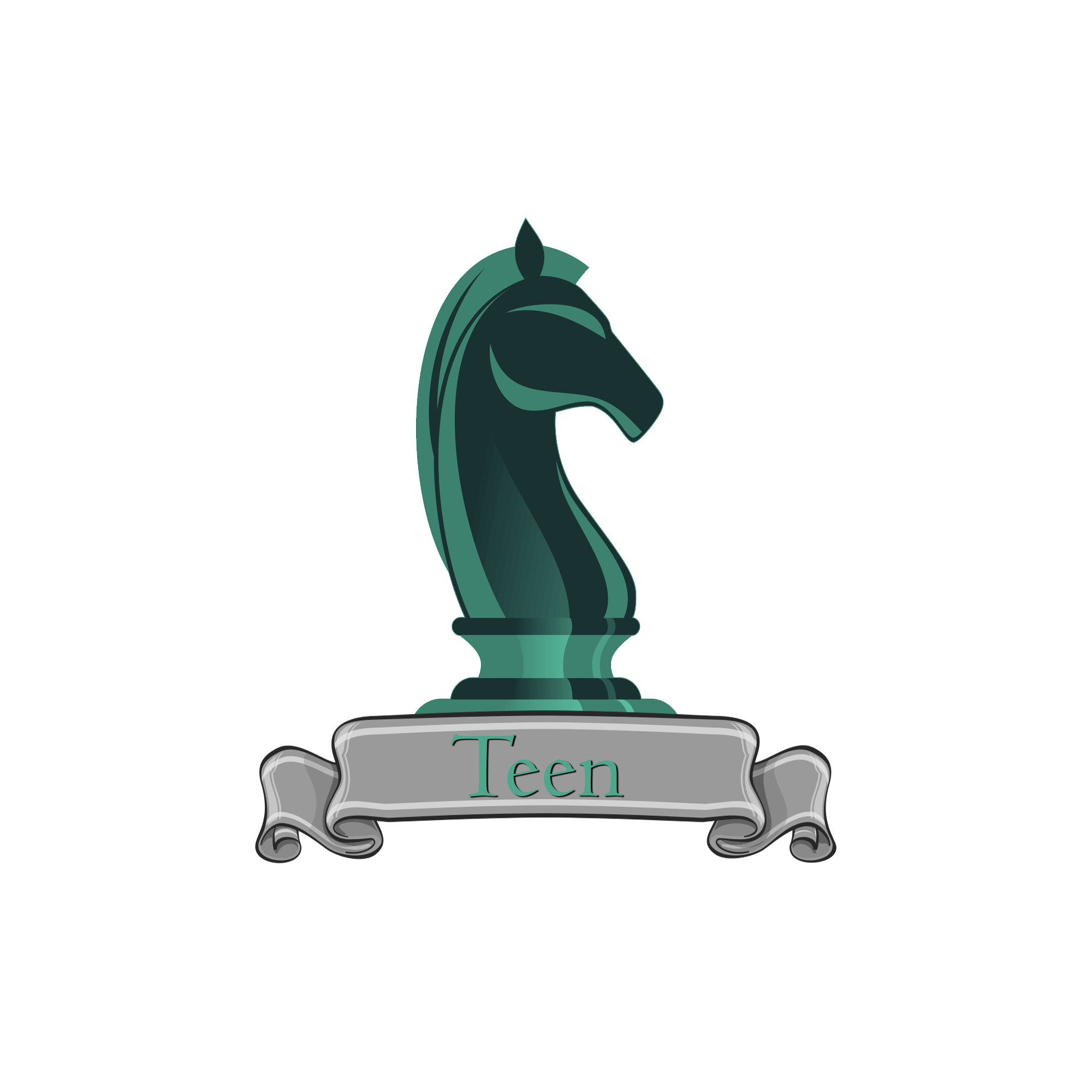 These stories focus on experiences that typically affect young adults between the ages of thirteen and eighteen. The plot focuses on challenges and coming of age situations that most teens face in everyday life. Teen literature spans from contemporary to paranormal with varying heat levels ranging from minor sexual tension to kissing to off screen sex. After witnessing the death of her mother, Gabby Moore suffers with psychotic delusions. When fallen angel Alexander Lohr reveals she’s been marked by a demon, she must make the ultimate choice or lose her mind. She can fight alongside her father, an earthbound hunter killing fallen angels and demons, give into the demon blood coursing through her veins and join the underworld, or save the man she loves from both.
Excerpt

“I really enjoyed this book and the characters in it.  Gaby and Alexander have two wonderful characters, both filled with love and loyalty.  Both are willing to fight for those they love.  There are secondary characters that are equally great and I would love to read about them in future books in this series.   This is a book that can be enjoyed not only by young adults but by adults as well.”

“This story consumed me from the exciting beginning to the very satisfying ending – to the point that I even dreamed about fallen angels and epic battles between good and evil. “

5 Stars Long And Short Reviews – Book of the Month

“Once you start reading Rise from Darkness be prepared to become addicted to it. It will have turning the pages and not able to put the book down! A great read! But beware of what you may not see just from reading the back of the book!” Gabby Moore’s powers emerge years too early due to adolescent hormones, complications with loving a fallen angel, and constant demon attacks. She is forced to deal with the guilt of believing she murdered Alexander’s “mother,” while trying to stop the demonic war before it begins. Only the love and acceptance of friends, family, and her beloved Alexander can save her from turning to her demonic side.

“Fall From Grace picks up right where Rise From Darkness left off. I was so glad I got to read this book right after and not wait!!! Fall From Grace was a beautifully written story that drew me in from page one. I couldn’t turn the pages fast enough!!! It was a real page turner. Ciara’s new take on angel lore is so interesting, and I haven’t read another book like it. I loved all the secrets and surprises that happen in this book. I was completely shell-shocked with a few things that I did not see coming. And boy oh boy, I got teary eyed with this one.”

“Wow, this book of the series is certainly one that has you sitting on the edge of your seat. You really never know who to trust who not to trust. So many are not what they seem to be and then when you think you know what they are, you are fooled again. The ending has a cliff-hanger but not one of those that you want to pull your hair out but just enough that you know you must read the next book. There is some closure and that’s a cool part to the ending. Definitely an awesome series, on to book 3.” Gabby Moore fails to stop a demonic war which released condemned ancient angels and Lucifer’s minions to Earth. When all hope is lost, Herak, an Ancient sentenced to eternal solitude for starting the first demonic war, pledges to save the world. But is he really reformed and ready to fight, or will he betray Gabby and Alexander forcing them to sacrifice their love and each other to save the world?

“Absolutely loved this book!!! I’m not a YA kinda girl but I really enjoyed it. It was fast paced and still clean enough I’d let my kids read it. I liked the message that it’s good can overcome evil if you just know in your heart it’s the right thing. It was very detailed and made you wanna cheer on Gabby not to give up!”

“I always love when the final book in a series leaves me satisfied, and this one does just that. We finally learn just how powerful Gaby is and when she embraces it, she is unstoppable. I was holding my breath by the end, and I loved how it was completely unexpected, yet perfect.” The Great War of 2185 is over, but my nightmare has just begun. I am being held captive in the Queen’s ship awaiting interrogation. My only possible ally is the princess, but I’m unsure if she is really my friend or a trap set by the Queen to fool me into sharing the secret of my gift. A gift I keep hidden even from myself. It swirls inside my body begging for release, but it is the one thing the Queen can never discover. Will I have the strength to keep the secret? I’ll know the answer soon. If the stories are true about the interrogators, I’ll either be dead or a traitor to my people by morning.

“I’ve been reading quite a few novellas and novelettes as of late, and I have to say Weighted took the cake. It was ultra-gripping from beginning to end; I couldn’t peel my eyes from the page.”

“One word: intense! More than a bit scary but not “horror” dark (this reviewer doesn’t do the real dark stuff). For such a short glimpse into the world of the Neumarian Chronicles, this book is a power punch of freaking amazingness …. okay, maybe not a word, but you get the idea. I loved everything about this book. It’s suspenseful. It’s mysterious. It’s creative. It has the most likable and hate-worthy characters… and we have barely met them! 42 pages and I’ve not stopped thinking about them since I finished this two days ago. So my only complaint is that book 1, Escapement, isn’t out yet. It’s kind of cruel to leave me hanging like this. I want more!!!” Ten years after the great war of 2185 the queen’s reign is threatened by uprisings and fear. In celebration of my sixteenth birthday, it is my duty as princess to sacrifice a slave to be initiated into the ruling council, solidifying my mother’s empire. When my own erratic powers surface I’m captured and tried for treason. Slaves hate me, my mother wants me executed, and my only chance of survival rests in the hands of a young man, Ryder Arteres, whose sister I sentenced to death.

“Escapement was a riveting story that reeled me in and never let me go. I could not put this book down. I didn’t want to. What I loved about this book was its uniqueness and originality. I haven’t read another book like it so that makes it even more special. The world building was well crafted and well thought out. I felt as if I was right there with the characters, experiencing everything they felt. I was able to see what they saw, feel what they felt. This story was written beautifully. The character development was spot on. The characters grew so much by the end of this book. That is what makes them so real and lifelike.”
5 Stars Snyder

Why do great books have to end?!!!!! This book keep me on the edge of my seat waiting to find out what happened next! Can’t wait to see what happens in the next book!!”
5 Stars Payne Trapped in a world of deception, my sanity rests with the love of Ryder Arteres and our renegade friends. Six months of scouring the ocean floor in a rebel ship fleeing our homeland, delivers us to a possible alliance with the opportunistic European Council. Our only hope is to utilize our forbidden gifts to free our people from slavery, proving our worth. But when a trusted ally turns traitor and a new breed of the queen’s weaponry is revealed, I’m forced to face the terror of my past to save our crumbling future.

EXCERPT
Reviews:
“Escapement was a riveting story that reeled me in and never let me go. I could not put this book down. I didn’t want to. What I loved about this book was its uniqueness and originality. I haven’t read another book like it so that makes it even more special. The world building was well crafted and well thought out. I felt as if I was right there with the characters, experiencing everything they felt. I was able to see what they saw, feel what they felt. This story was written beautifully. The character development was spot on. The characters grew so much by the end of this book. That is what makes them so real and lifelike.”
5 Stars Snyder

Why do great books have to end?!!!!! This book keep me on the edge of my seat waiting to find out what happened next! Can’t wait to see what happens in the next book!!”
5 Stars Payne
ALL REVIEWS
PURCHASE ONLINE Life on a war-ravaged Earth is a dying experience. Finally, after years of tyranny, the rebellion rises. Once I rescue my fiancé Ryder Arteres, I, and the rebel general, will fight to free our people. In a war where alliances shift and friends betray one another, will the final battle prove the truth of the prophecy the queen has so feared—her death—or will I lose everyone I love?

EXCERPT
Reviews:
“The story picks up right where Pendlum left off. It was so hard to put down. This is well written, keeps you waiting, and you cant read fast enough to find out what is going to happen next. A perfect ending to the Neumarian Chronicles. Love the characters, and they and the story is very believable.”
5 Stars Wood
“Balance is a fantastic conclusion to an amazing series! The Neumarian Chronicles is a thrilling steampunk adventure. I could not wait to read Balance, and it exceeded my expectations. Such a wonderful read. The action in this series NEVER stops! Ciara has written such a special story through this series. I felt truly connected to the characters, having followed their story since reading Weighted. Ciara has created a world and characters that feel real, raw and emotional. This is a perfect ending to the story. I’m so sad it’s over! I don’t want to let the story go, and I’m sure it’ll stay with me for some time.”
5 Stars Bumgardner
ALL REVIEWS
PURCHASE ONLINE